Inac Report – Jobs for the boys?

Women in leadership – A global perspective

In the Spring of 2015, Executive Search firms from across the globe came together in Bogota, Colombia, for the annual conference of INAC, the international network of search consultancies. One of this year’s themes focussed on women in leadership, debating issues such as gender quotas, board diversity and the differences in approach from region to region.

Others regard quotas as nothing more than tokenism and feel that it leads to women being viewed as achieving a board position just because of the law. In fact Peter Grauer, the chairman of Bloomberg L.P., speaking in a recent interview with The Washington Post pointed out that it is up to companies to address the challenges – not the Government: “It starts with recruiting, a pipeline of candidates coming in, and making sure we’re creating the right work environment,” he said. “It’s critically important that the tone is set at the top of the organization.”

There is also, of course, the very strong evidence, such as the report published by the Norwegian School of Business in 2013, that boards with a greater representation of women perform more strongly than those with less gender diverse leadership teams.

The conference brought together leading executive search firms from across the world to debate this crucial issue. The report that follows outlines the different approaches and thinking from a range of organisations, countries and governments citing research from members and academia as well as opinions from thought leaders in the executive talent arena.

The conclusions are clear – that in a world where we have hard evidence that more diverse boards make better companies – and that better companies make bigger profits – ensuring that we have more women represented at board level is not just a diversity initiative – it is business critical. 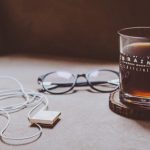 Millennials: Once in a blue moonNews 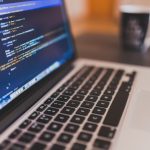